Wheeler’s Custom Compounding takes great pride in its staff. We are lucky to have such a great group of motivated and dedicated individuals! 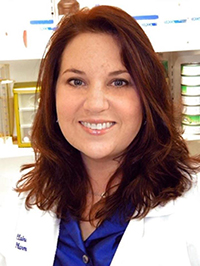 Claire is a 1993 graduate of the University of Kentucky College Of Pharmacy, and a second generation pharmacist. She worked at Kmart Pharmacy for 5 years before joining the family business, Wheeler Pharmacy, established in 1958 by Claire’s father, Buddy Wheeler. At Wheeler’s, Claire was the pharmacy manager and was responsible for developing many of the clinical patient care programs still in operation today. She invested much of her time in the compounding department and over the years developed a passion for this traditional form of pharmacy practice. In October 2012, she opened Wheeler’s Custom Compounding directly across the street from Wheeler Pharmacy in order to meet the needs of a growing population of patients who rely on compounded medications.

Claire is a proud member of PCCA (Professional Compounding Centers of America), IACP (International Academy of Compounding Pharmacists), Kentucky Pharmacists Association, and the Bluegrass Pharmacists Association. She is also a Community Faculty Member for the UK College of Pharmacy in which she trains a post graduate pharmacist resident in independent community pharmacy management and patient care programs. In addition, she is a preceptor for pharmacy students of several universities including UK, the St. Louis College of Pharmacy, South University College of Pharmacy, and Medical University of South Carolina (MUSC) College of Pharmacy. In her spare time, Claire enjoys DIY projects at home, musical theater, summer days at the lake, and spending time with her husband and 2 grown sons. 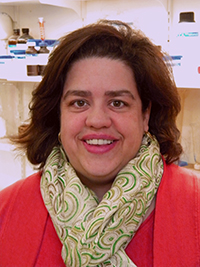 Heather attended Centre College and graduated from the University of Kentucky in 1990. She has worked in a pharmacy setting for over 20 years, starting her career at Geri-Care Pharmacy which was devoted to taking care of the elderly. She came to work for Wheeler Pharmacy in 2006 in their Home Connection program, which allowed her to combine her love of pharmacy and the elderly. Heather attended the training course at Professional Compounding Center of America (PCCA) and began compounding at Wheeler Pharmacy in August, 2007. She is passionate about compounding, and continues to further her education through seminars and symposiums at PCCA and other organizations. She loves getting to know her patients on an individual basis and is dedicated to helping them feel their best. She also enjoys mentoring the students who come through the college of pharmacy rotations and teaching them the tips and tricks of the trade. She enjoys spending time with her 2 sons, genealogy, movies, needlepointing, and travelling.